Becquerel was born in Paris in 1852 into a wealthy family which produced four generations of physicists.

After his studies at the Lycée Louis-le-Grand and at the École Polytechnique he worked on various subjects like Earth’s magnetic fields, absorption of light by crystals and polarization of light. He occupied the physics chair at the Muséum National d’Histoire Naturelle in 1892.
Working on phosphorescence and learning about the Wilhelm Conrad Röntgen’s discovery of X-rays, he started in 1896 a study of possible links between the two. This made him discover by serendipity the radioactive emission of uranium salts. With this discovery, he gave the first kick-off of radioactivity studies and thus of the beta decay spectrum.

Marie Curie was born in 1867 in Warsaw, Poland. In 1891, thanks to her sister, she came to France to study chemistry in Sorbonne. She married Pierre Curie in 1895. In 1897, while doing her thesis on uranium radiation of Becquerel, she hit a problem: why is the pitchblend (a mineral from which uranium is extracted) more radioactive than uranium? In July 1898, she discovered in pitchblend a new radioactive chemical element that she called polonium. In December of 1898, Pierre and Marie Curie isolated another new chemical element, two million times more radioactive than uranium: radium. Marie shared with Pierre Curie and Henri Becquerel the Physics Nobel prize in 1903 and received in 1911 the Chemistry Nobel prize for her work on the purification of radium. Their discovery and their study of radioactivity is the first step of the beta decay problem which will lead to the neutrino hypothesis.

Pierre Curie was born in Paris in 1859. He showed early skills for physics and mathematics and worked with his older brother in 1880 on the structure of crystals.In 1895, he married Maria Sklodowska, who was a student in his laboratory. While doing his PhD on the magnetic properties of matter, he worked with her on radioactivity and the discovery of new radioactive elements. This work was rewarded by the Physics Nobel Prize in 1903.
Pierre Curie died prematurely in 1906 in a street accident in Paris.

Ernest Rutherford was born in 1871 in New Zealand. After his studies at the University of New Zealand, 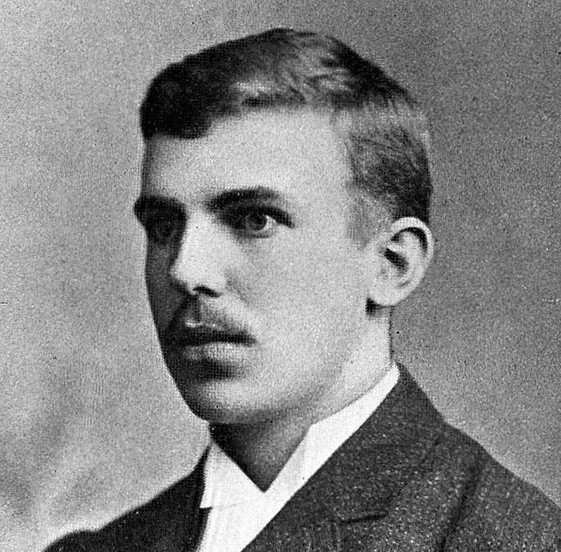 he got a fellowship for postgraduate study at the Cavendish laboratory, University of Cambridge where he worked on the detection of radio waves until 1898. After some years at Mc Gill university in Canada and at the Manchester university, he became in 1919 the new director of the Cavendish laboratory.
Hearing about Becquerel’s experience with uranium, Rutherford started to explore radioactivity. In 1899, he discovered two distinct types of radiation that he called alpha ray and beta ray. Like Marie Curie, he is one the pioneers of the atomic era and of the radioactivity history that led to the hypothesis of the neutrino.
He was awarded the Nobel Prize in Chemistry in 1908 “for his investigations into the disintegration of the elements, and the chemistry of radioactive substances”.

James Chadwick was born in 1891 in Manchester. He first wanted to study mathematics at university

but finally studied physics and worked with Ernest Rutherford, at the Cavendish laboratory. In 1913, he moved to Germany and worked with Hans Geiger. In 1914, he was the physicist who gave the first hints that the energy spectrum of the electron from beta decay is continuous. This result was not compatible with the emission of a single particle. This problem made Niels Bohr doubt the conservation of energy and triggered Wolfgang Pauli’s hypothesis about the existence of the neutrino, a second particle emitted with the electron but not detected. In 1932, J. Chadwick discovered the neutron, companion of the proton in the atomic nuclei. This discovery gave him the 1933 Physics Nobel Prize and was an indirect participation to the neutrino’s baptism by Enrico Fermi.

The idea of the neutrino was born only in 1930, when Wolfgang Pauli tried a desperate rescue of the “energy conservation principle”. In order to explain the continuous beta spectrum, he invented a new light particle, neutral and interacti

ng rarely with the other particles of matter.
Wolfgang Pauli was born on April 25th 1900, in Vienna, Austria. At the age of 18, he went to Munich to study physics with A. Sommerfeld. He then wrote a 200 pages article about the Relativity theory, which impressed Sommerfeld and Einstein. He obtained his PhD in 1922. In 1924, he created in 1924 the exclusion principle which now is often called “Pauli principle” and bought a great step to the dawn of quantum mechanics. From 1924 to 1928, he taught in Hamburg, then in Zurich. In 1930, he invented the neutrino particle, which was named 3 years later by Enrico Fermi. In 1945, he received the Physics Nobel Prize for his exclusion principle which says that two electrons, and more generally two fermions, cannot have the same quantum state. In 1958, Pauli died in Zurich, three years after Einstein and four years after Fermi.

Enrico Fermi was born in Roma on September 29th 1901. He went to school in Roma and continued his studies in Pisa. He became in 1926 professor of theoretical physics at Roma University. In 1934, he became interested in artificial radioactivity obtained by bombarding a nuclear target with neutrons (the first step to the nuclear reaction chain). He received for this work the Physics Nobel Prize in 1938. At this occasion, he ran away from the fascist government of Italy and became a professor at Columbia University, in New York, where he led, under the Manhattan project, the team which made the first controlled atomic reactor in 1942, in Chicago. After the end of the war, he opposed the development of the thermonuclear bomb and became also director of the new Institute of Nuclear Physics of Chicago (called today Fermilab, the US equivalent of CERN).
In 1933, Enrico Fermi named the mysterious particle of Pauli “neutrino”. At the end of 1933, taking for granted the existence of the neutrino, he developed a theory of beta decay and weak interaction, which was a great step forward for the description of neutrino interactions. 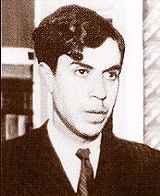 Ettore Majorana was born in Sicily in 1906. After studying engineering at Roma University, he was convinced by Emilio Segre in 1927 to join the team of Enrico Fermi at the Roma University. He elaborated in 1937 a symmetrical theory of weak interactions, where the neutrino is identical to the anti-neutrino. He then became professor of theoretical physics in Napoli University. One year later, on March 26th 1938, he disappeared mysteriously during a boat trip between Palerme and Napoli. Nowadays, physicists still don’t know if neutrinos are of “normal” type (Dirac neutrinos) or of “Majorana” type. The main experimental consequence is that if the neutrino is of Majorana type then double beta decay without the emission of neutrinos is possible. 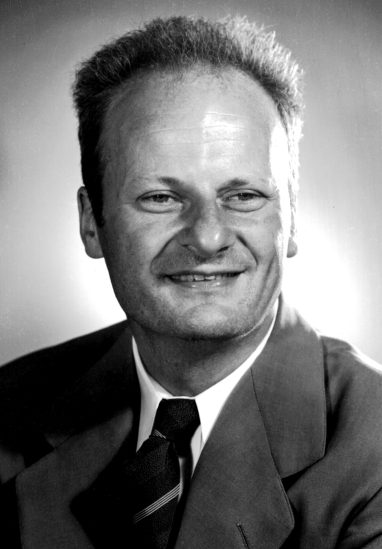 In 1936, he published three articles that summarized the knowledge about nuclear physics and in 1938, he published with Charles Critchfield two articles which were considered a breakthrough in understanding how the sun shines. For this work he received the Physics Nobel Prize in 1967.