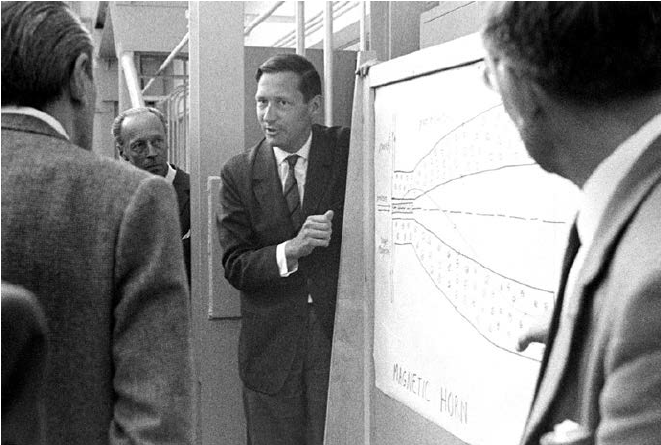 From 1959, the proton synchrotrons built in Brookhaven and CERN were able to accelerate protons to ~ 30 GeV. These high energy protons bombarded beryllium targets, producing pions and kaons which subsequently decayed into neutrinos. The first neutrino beams such as the one which allowed discovering the muon-neutrino in 1962 [Dan62] were considerably improved.The idea of Simon van der Meer to develop the “magnetic horn” has been crucial: a focusing device would collect the secondary pions and kaons from the target and would direct them toward the downstream experiments via a vacuum tunnel where they decayed, thereby increasing significantly the neutrino flux [Mee61].

From the 60’s, neutrino beams at accelerators have served as laboratories for greater understanding of the neutrino itself, but also have harnessed the neutrino as a probe to better understand the weak nuclear force and the existence of strongly bound quarks inside the proton and neutron [Kop07]. The first great achievement of neutrino beams has been the discovery of neutral currents. 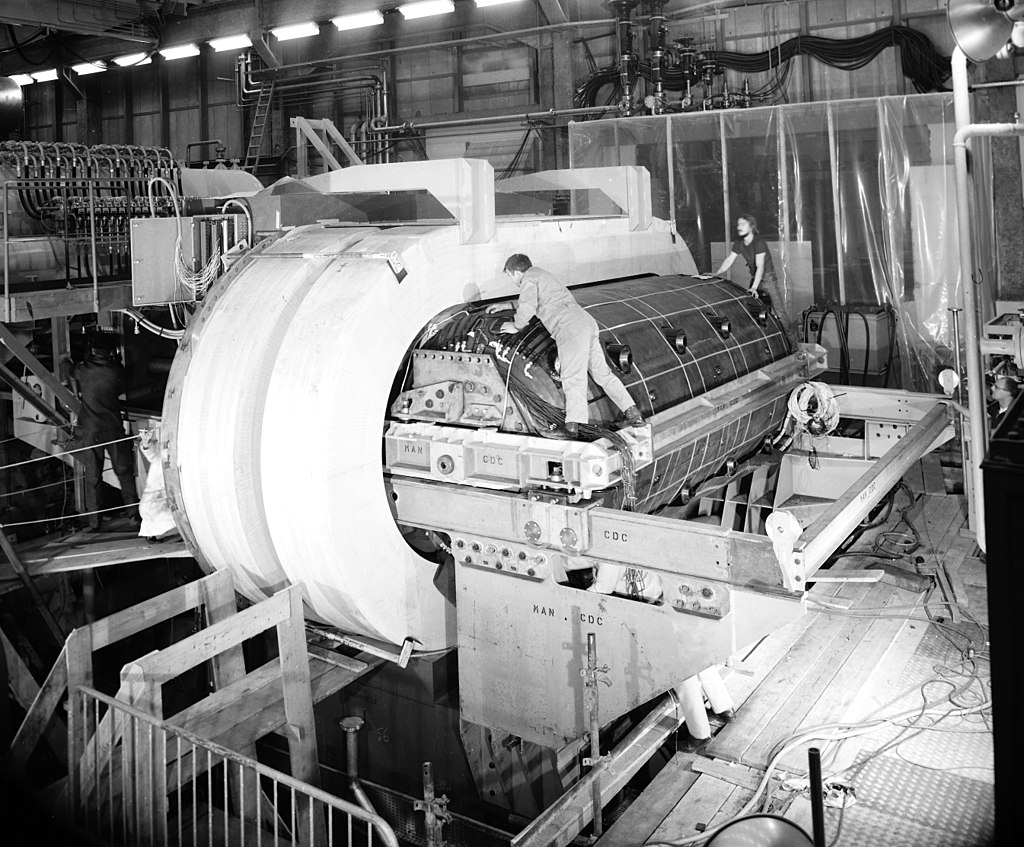 At the end of the 60’s, Glashow, Weinberg and Salam developed the unified electroweak theory, which proposed the intermediate vector bosons W to propagate the weak interaction as well as a new interaction of neutrinos, charged leptons and quarks, the “neutral current” (Z exchange process). The observation of neutral currents then became critical to validate the theory. The heavy liquid bubble chamber Gargamelle, built under the direction of André Lagarrigue, had been designed to do neutrino physics. Using the new CERN neutrino beam, Gargamelle was the first to observe neutral currents, in July 1973, observation described in two papers, one dealing with leptonic neutral current [Has73a], the other with hadronic neutral current [Has73b]. This has been a convincing demonstration of the electroweak theory (which gives a common origin to the electromagnetic and weak interactions), soon confirmed by experiments at Fermilab [Ben74]. 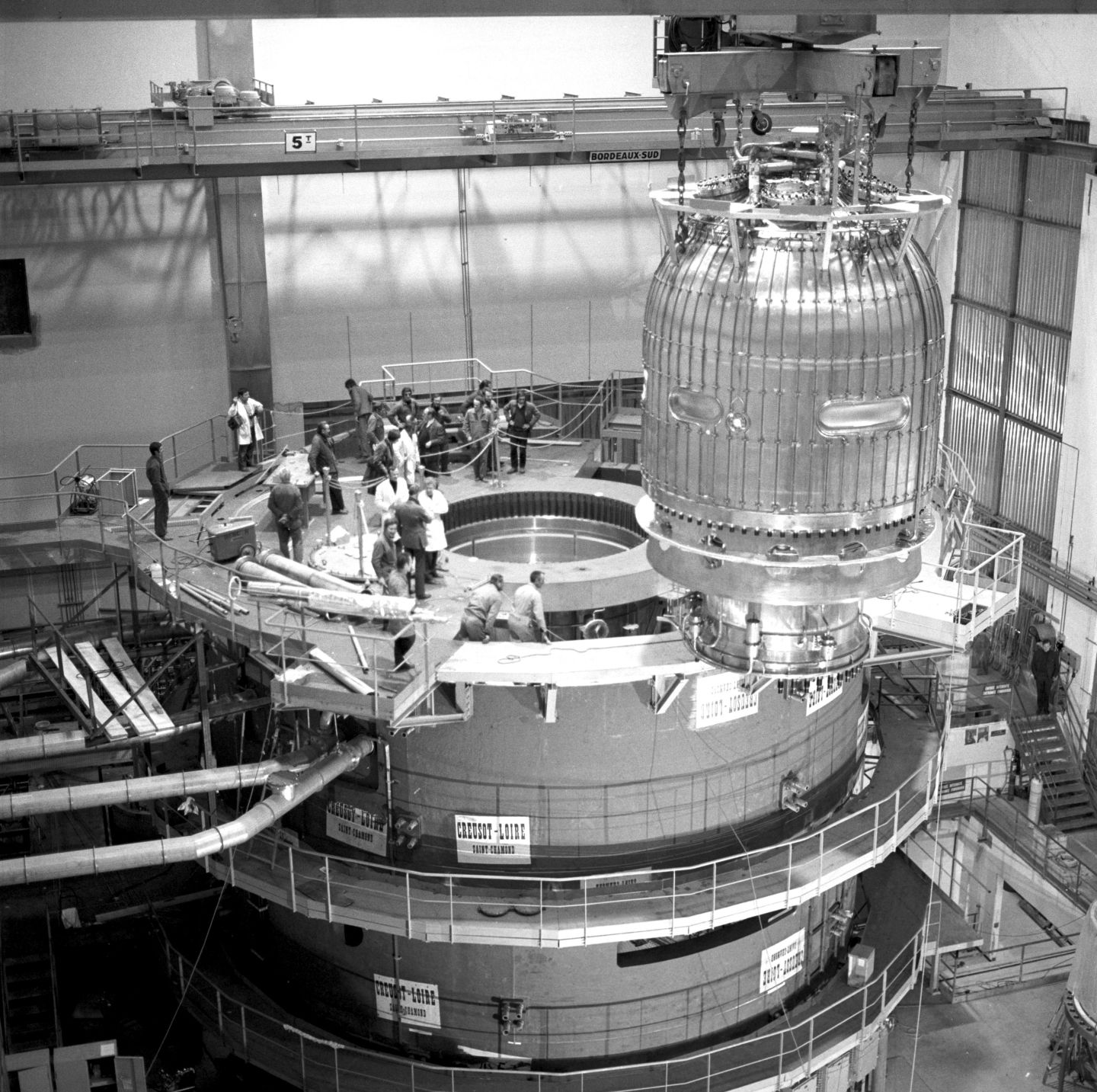 In the mid 70’s the SPS at CERN and the Tevatron at Fermilab permitted neutrino and antineutrino beams of energies up to 250 GeV and very high intensities. They were associated to big detectors, 1000 tons of electronic detectors or big bubble chambers, yielding thousands of events instead of a handful. The physics was very rich: precise checks of the quark-parton model, checks of the electroweak model and determination of the parameter sin2θw, determination of the quark structure functions (sea and valence quarks), tests of quantum chromodynamics (in particular measuring the scaling violations), study of the hadronization process,… The main detectors were CDHS and CHARM at CERN, HPWF and CCFR at Fermilab. Bubble chamber detectors (BEBC at CERN, 15-foot at Fermilab) were less massive (only ~20 tons) but allowed to study neutrino interactions on hydrogen or deuterium, i.e. directly on protons and neutrons.

The role of neutrino in determining the nucleon structure functions is reviewed in [Die86].

The online Symmetry Magazine published in August 2009 an article on weak neutral current.